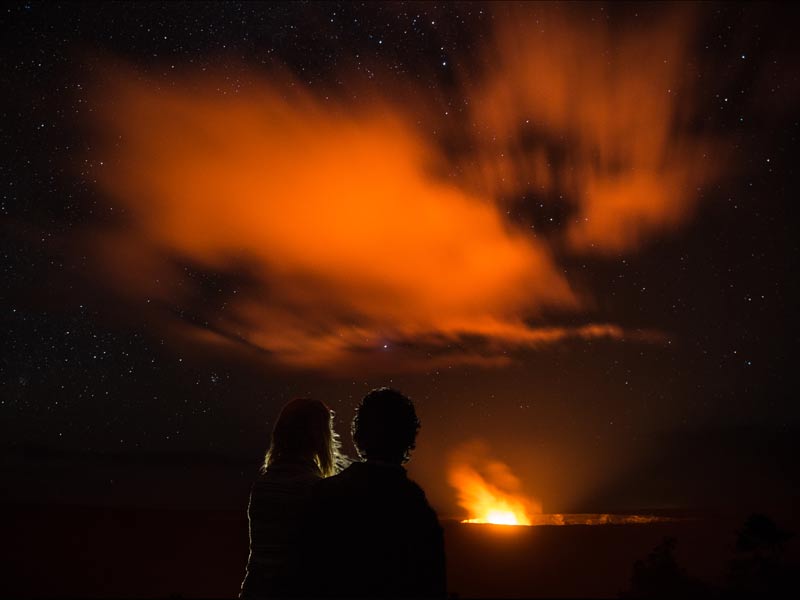 There are about a dozen different volcanoes that make up the Hawaiian Islands. These towering natural formations range in size and, of course, location, but there’s another attribute that divides them: whether or not they’re active. Being active doesn’t necessarily mean a volcano is or will erupt anytime soon, but knowing which are extinct/dormant and which are active or erupting will give you an idea of what to keep an eye out for during your travels.

When a volcano erupts, while you may not be able to get close to it to see the process there are typically locations from which you can view lava flow, often from the comfort of a boat. So knowing which are currently erupting, which are still considered active, and which are dormant can guide you to something unique to do on your Big Island excursion. 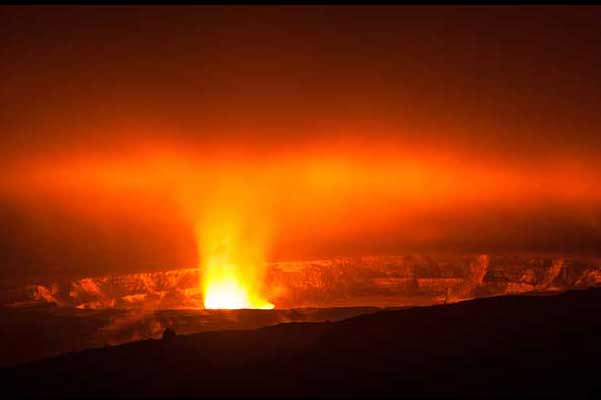 Since January of 1983, the volcano of Kilauea has been spewing lava and ash on the Big Island, a very unusual 30-year period of activity. Lava flows into the nearby Pacific Ocean, providing travelers with a unique experience unavailable on the US Mainland.

During this eruptive period of Kilauea, Loihi, the youngest volcano in Hawaii, experienced its last eruption in 1996. Since then, Loihi has remained active but has not erupted again, instead playing host the Hawaii Undersea Geo Observatory from 1997 to 2002. HUGO was one of the first automated deep sea submarine observatories.

Hawaii’s third active volcano, Mauna Loa, saw its last eruption in 1984, shortly after Kilauea started its cycle. At 13,678 feet high, Mauna Loa is the second-tallest volcano on the islands, being beaten by Mauna Kea by just 125 feet.

Since its last eruption over 4,000 years ago, the huge volcano of Mauna Kea has remained dormant. It currently stands as the largest volcano in Hawaii and takes up a vast portion of the northeastern coast of the Big Island.

Just northwest of Mauna Loa lies Hualalai, a shield volcano that was last active in the early 1800s. As it’s close to populated areas, Hualalai is under constant observation, despite remaining dormant for quite some time.

Over 120,000 years ago, the potentially extinct volcano Kohala experienced its last series of activity. At only 5,479 feet above sea level, Kohala is one of the smallest volcanoes on the island and takes up a very small sliver of land in the northwest region of the Big Island.

Though you may not be able to explore some of Hawaii’s volcanoes like Kilauea up close, the Hawaii Volcanoes National Park serves as your hub for the Big Island’s collection of volcanic history. Around the Crater Rim Trail, visitors can view Kilauea from a safe distance, along with the Keanakakoi Crater, Hale Maumau Crater, and remnants of lava flow from Kilauea’s historic volcanic eruptions.

Dive deeper into the history of Kilauea, Mauna Loa, Mauna Kea, and the rest of the Big Island’s ancient natural formations at the Hawaii Volcanoes National Park.