Kilauea: Book a tour or DIY? 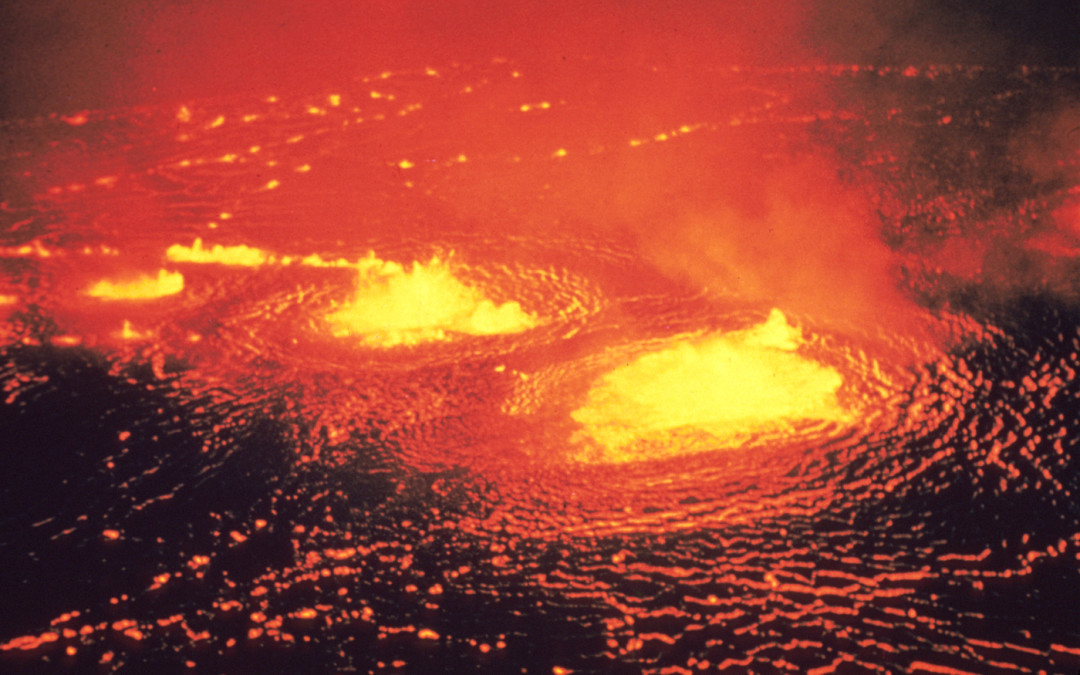 No visit to Hawaii is complete without a stop at Kilauea. The world’s most active volcano never fails to put on a show, and if you’re looking to learn more about volcanoes and what causes them, Kilauea is the best place to go.

In general, there are two ways to see Kilauea when you’re in Hawaii. You can book a tour or you can go on your own and see it for yourself. With a tour, you have an itinerary planned for yourself. If you go at it alone, you have a bit more freedom to see what you like. Freedom does, however, come with a price – especially if you don’t know much about volcanoes, Kilauea or how to visit it.

So why should you book a tour rather than explore it for yourself? Here are four good reasons why booking a tour will enhance your experience and make the entire trip a memorable one.

It’s no secret that Hawaii Volcanoes National Park is massive. With so many potential stops – the Kilauea Visitor Center, lava tunnels, steam vents – it can be hard to see everything, and if you don’t already know what you want to see, then you might miss out on some of the coolest attractions.

There is also the issue of time. Hawaii Volcanoes National Park on the southern tip of the Big Island – where Kilauea is located – is massive. There’s so much to see and do that it can be a bit overwhelming. If you have a full day to spend at the park, then going through the national park may be more doable.

But not everyone has that much time on their vacations. They want to see Kilauea up close and personal without spending a whole day travelling and hiking to finally reach the volcano summit.

If you book a tour in advance, you don’t have to spend half of the day travelling to the volcano and getting to the summit. Tours can last anywhere from 50 minutes to several hours. Regardless of which tour you chose, you can still be sure that you see everything at Kilauea you really wanted to see.

One of the biggest drawbacks of touring a volcano for yourself is the lack of knowledge. Sure, you might have read a little bit about Kilauea before your trip, but there’s a lot about the history of the mountain, volcanology and the history of the Hawaiian Islands themselves that you probably don’t know.

That’s where your tour guide comes in. Tour guides know Kilauea better than they know their own grandmothers. Like you, they’re fascinated by these great mountains, and they love sharing their knowledge and experiences with others.

Though they may not be volcanologists themselves, tour guides are often natives of the Hawaiian islands and grew up learning about Kilauea. They’ve done the research on Kilauea and other volcanoes so you can relax and learn from them.

If you have any questions while on the tour, there’s a good chance your tour guide will be able to answer it for you. These guides truly care about Kilauea, and they want to teach others more about this amazing creation of nature. IF you book a tour, you’ll get plenty of history that the museums and visitor centers might skim over.

Seeing pictures or movie footage of a volcano is great – if you’re not in Hawaii. If you’re vacationing in Hawaii, though, there’s only one acceptable way to view a volcano, and it’s not from a distance.

If you decide to try and tour a volcano on your own, you might never get to see it as closely as you like. You’ll first need to organize transportation to Kilauea, and if you’re staying on Hilo or Waikoloa, that’s not always easy. Your trip may become too expensive, or you may have limited time between your drop-off and pick-up times.

Of course, these are active volcanoes, and they’re extremely dangerous. You don’t want to wander off track and find yourself far too close to a lava river.

To really see and understand the true impact of a volcano, you need to get the best views of it. By reserving a tour, you’re guaranteed to get a 360-degree view of the volcano from all angles. With a tour, your

A helicopter tour of Kilauea, for example, lifts you high into the air as you see the top of the volcano yourself. You’ll see the lava moving up and out as steam and as spew from the top.

Sit back and relax

Most visitors to Hawaii are looking for one thing on these beautiful islands: time to relax. They want to lay by the beach, take in the culture of these great islands and see its wonders before they head back home. The more complicated it is to visit a place, the less enjoyable that place will be.

When you book a tour of Kilauea, you’re done. You won’t need to worry about anything else until it’s time to be picked up.

With a tour, you won’t have to plan out any part of your trip to Kilauea, which means you won’t have to guess which sites will be best to see. Your tour will already have that part figured out. For example, if you choose a land tour, your guide will take you to the highlights of Hawaii Volcanoes National Park and show you how these sites came to be.

On a helicopter tour, you’ll see all the beauty of the park from above and get even closer to the volcano itself. Although it isn’t even guaranteed that you’ll see lava, you’ll have the best chance of seeing it from the air.

No matter which type of tour you choose, you’ll get to sit back and relax as your tour guide takes you from place to place. All you need to worry about is wearing comfy shoes and bringing plenty of sunblock.

Though it may seem exciting to tour the volcano on your own, the best way to really see all that Kilauea has to offer is to book a tour. Share with us: what type of tour sounds the most intriguing to you?